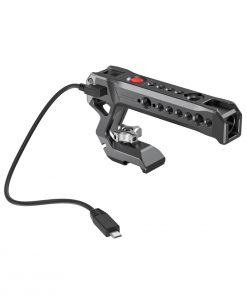 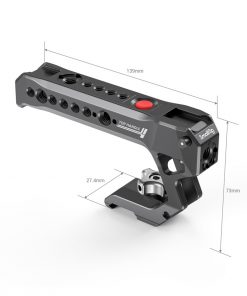 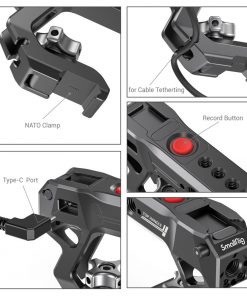 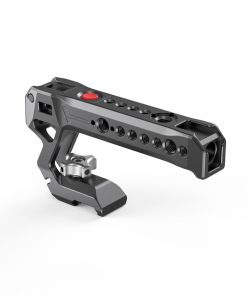 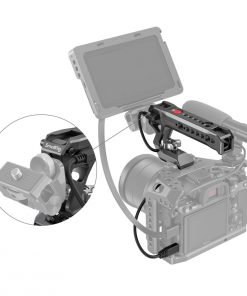 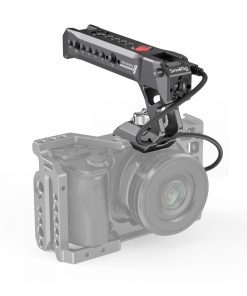 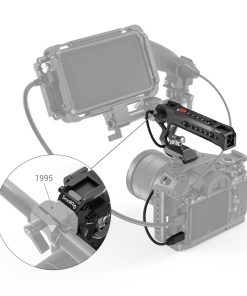 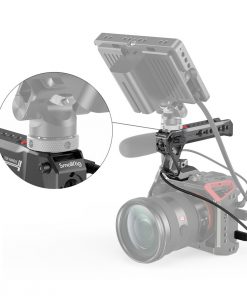 SmallRig NATO Top Handle with Record Start/Stop Remote Trigger for Sony Mirrorless Cameras HTN2670 is designed to provide a comfortable grip and features record button on top to control camera start/stop. The handle attaches to the camera cage via standard NATO rail and secures via the thumbscrew. Featuring multiple 1/4″-20, 3/8″ -16 and ARRI 3/8″ -16 threads for accessories such as Monitor Mount 2348 and Rod Clamp 1995. Integrates with three cold shoe mounts, with one of which is designed with an anti-slip button allows mounting mic, light, as well as Monitor Mount 2346. The start/stop trigger button is located where the thumb rests. The includes cable is Sony multi to type C standard, and the front of the handle features a slot for cable tethering. Compatibility with an array of cameras that use the Sony MULTI protocol, such as the Sony A7II/A7III/A6000/A6500 and so on. Optional NATO Rail 2172 and 1409 are sold separately. 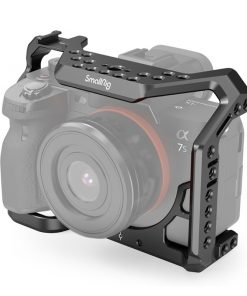 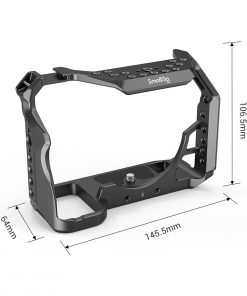 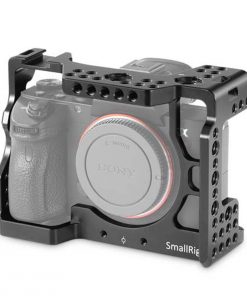 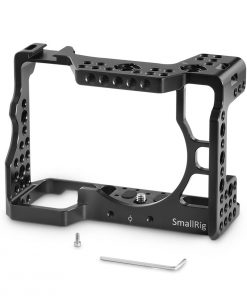 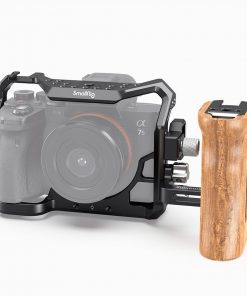 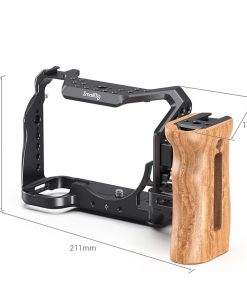 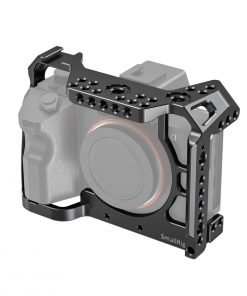 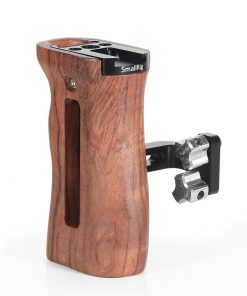 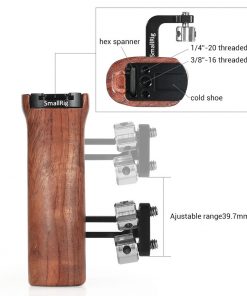 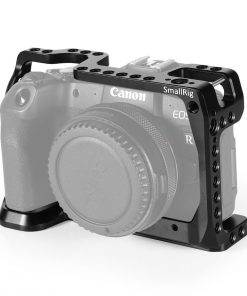 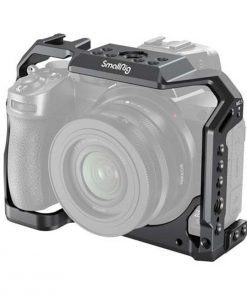 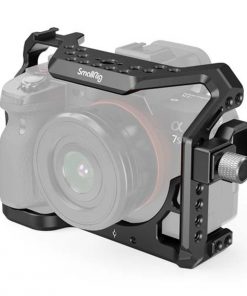 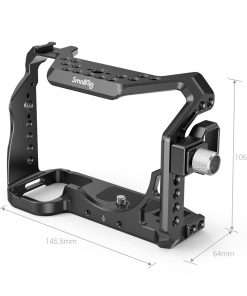